A majority of Americans think that Joe and Hunter Biden’s Ukraine and China dealings should be investigated, according to an Investor’s Business Daily/TIPP poll.

57% of those surveyed said yes, while 37% said no to an investigation.

Should DOJ investigate Joe Biden and his son regarding Ukraine and China?
Yes 57%
No 37%

On the flipside, 50% of those surveyed found Trump’s efforts to get Ukraine to investigate Biden found it to be an impeachable offense vs. 46% who didn’t. Among independents, 46% said yes while 47% disagreed. 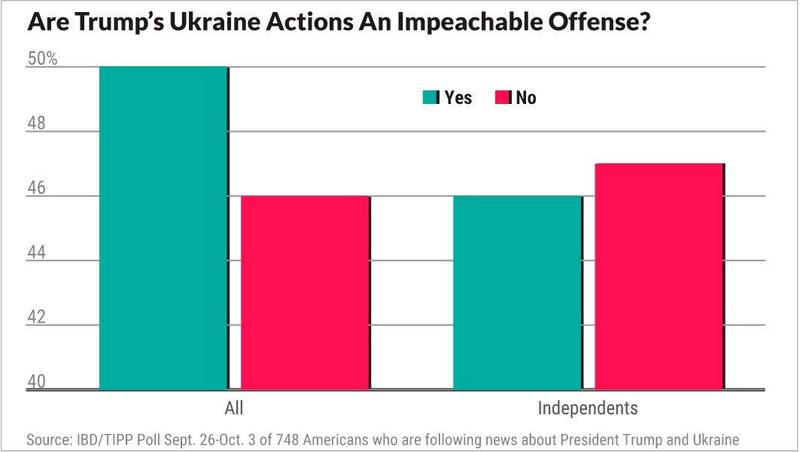 Trump’s efforts to get Ukraine to investigate Biden and his son Hunter’s dealings in the country appear to be aimed at weakening the Democrat best positioned to beat him in the 2020 election.

Although the president’s efforts, first exposed by a whistleblower, have fueled the Democrats’ Trump impeachment drive, Biden’s political prospects have taken a hit.

They don’t address trans material, like binders. They ought to state, ‘Hey, don’t bind too long, ’ or explore the results of various hormones. 146

7 measures to purchase A automobile or vehicle With Bad Credit

I Broke Up With Online Dating Sites. And Met My S.O.